I found out the most amazing thing about snake antivenom about a month ago, and I wanted to share that with you today. Years ago when scientists first began making snake antivenom, they used horses. They are large and have more blood to combat the snake venom than other animals. Over the years they discovered that the blood of lambs is much better at fighting the venom. Did you catch that? The blood of a lamb is better at fighting the venomous bite of a serpent! God is pointing us straight to the answer to all life’s venom: The Lamb’s blood is the antivenom!

When God made Adam in the Garden of Eden, he didn’t have to worry about sin. He also didn’t have to fear any of the animals in the Garden as God made them subject to Adam. Things were perfect and Adam didn’t even know what sin was. Then God created Eve so that Adam wouldn’t be alone and so that he could populate the earth.

We don’t know how long Adam and Eve were in the Garden before their temptation and subsequent fall. They could’ve spent an hour together there or centuries, the Bible doesn’t tell us. God had warned them not to eat of one tree, the Tree of the Knowledge of Good and Evil. At some point Satan, disguised as a serpent, tempted Eve to eat the fruit of it. She did, and she convinced Adam to do so as well. At that point sin was introduced to man, the penalty for which is death. The venom of the poisonous snake was now in their blood to be handed down to every person that ever existed. The venom pumps through your veins and mine, and will, without exemption, cause our deaths. Death was Satan’s prize. He reveled in knowing that he would cause the demise of every human who would ever exist. Except one.

Since Satan had tempted and lied to Eve, God punished him. Genesis 3:14-15 ESV says, “The Lord God said to the serpent, ‘Because you have done this, cursed are you above all livestock and above all beasts of the field; on your belly you shall go, and dust you shall eat all the days of your life. I will put enmity between you and the woman, and between you and her offspring; he shall bruise your head, and you shall bruise his heel.”

This punishment will one day be a final one. Following the Millennial Reign of Jesus, Satan will be defeated. He will be thrown into the lake of fire and sulfur where he will be tormented day and night forever and ever (Revelation 20:10).

God in His perfect and omnipotent ways knew that all of that would occur. He knew before He created Adam and Eve that they would fall prey to Satan, that we all would. Yet He loved us so much that He created us anyway. God formed a plan that would free us all from the venom of sin that poisoned our bodies eventually bringing death. His plan was Jesus.

Jesus agreed come to earth to live a perfect life, serve others, and die for our sins. By living this sinless life, He never would have died if He weren’t killed. Can you imagine planning to let your son die for a horrible murderer, liar, thief, or adulterer? To not only die, but be tortured and humiliated before? I can’t imagine letting my son die for anyone! But God did. He knew that His Son would die if He made us, and He still did. He loved us that much. I’m sure everyone has heard John 3:16 (KJV), but it doesn’t make it any less true and powerful. Jesus said, “For God so loved the world that he gave his only begotten son, that whosoever believeth in Him shall not perish, but have everlasting life.”

When Jesus was born, Israel was under Roman control. The Jewish people’s understanding of the Old Testament scriptures was that the Messiah would come, gather an army, and defeat any occupying forces. They believed He would set up a kingdom and rule and reign as a human man, and that the lineage of David would be forever established. Instead He came in the order of Melchizedek, King of peace, perfect, and everlasting.

Jesus didn’t come catering to the elite, socializing with the rich and powerful the way the “leaders” of today do. He didn’t care what anyone thought of Him. He ate with sinners and hung around with the “undesirables” of the area. Jesus loved and cared about everyone He met. He made the blind see, raised the dead, made the lame walk, and saved the lives of those who would’ve been killed for their sins, like the woman who had been caught committing adultery.

All of those things were not okay with the religious leaders of the time. Satan used their egos, jealousy, and misinterpretation of scriptures to create a desire to have Jesus killed because he thought if Jesus were killed, God’s promise of punishment could not be fulfilled. Many of the people who had been flocking to see Him, turned on Him, demanding His punishment for “blasphemy” be death. In a truly horrendous manner, Jesus was tortured and crucified on a cross. He did not even open His mouth to defend Himself. He knew it must come to pass. I’m sure Satan was elated on the day Jesus was crucified, thinking he won.

The Lamb’s Blood is the Antivenom for Death

Jesus died, but because He had never sinned, He didn’t deserve the penalty of death. One could say that He was wrongly convicted. His conviction was overturned, and on the third day, He was resurrected! Through His sacrifice He not only defeated death for Himself, He defeated it for anyone who wants to claim it.

Through the blood of the Lamb, Jesus Christ, there is an antivenom for the fatal bite of the snake. The sting of death can be removed, the victory of the grave thwarted! I am so thankful for that! I urge you, if you haven’t get gotten the antivenom for the finality of death, do so now. Claim that victory of eternal life after death!

All you need to do is talk to God, admit the you are a sinner and confess those sins. Confess to Him that you believe Jesus is His Son, came to earth, fully human and fully divine, lived a sinless life, died on the cross, and was raised from the dead on the third day. Ask Him to come into your heart and life, and you will be saved. If you want to know more, read through one of the Gospels (Matthew, Mark, Luke, and John) and then the book of Romans which will give you a detailed plan of salvation. Then I encourage you to find a Bible-based church to connect with other believers and grow your faith.

When I found out that doctors and scientists use lamb’s to make antivenom, I was blown away. I just thought , “Wow. God seems to be holding a neon sign. The Lamb’s blood is the antivenom for the bite of the serpent!” God could have made any animal or plant in the world the best thing to use to for that. Anything. He didn’t. He specifically chose to use a lamb, the very animal used in the Old Testament Law to atone for sin. What is sin other than the venom of the serpent? Lamb’s blood was the antivenom for ancient Jews’ venomous sins. The Lamb’s blood is our antivenom for the venom of death today. God has planted all of these things on earth to point us to the Way, the Truth, and the Life, to Jesus. He is so good!

I hope that you enjoyed this post. I found this topic so fascinating, and I hope you did too. There are many other things that I have found, and I plan on sharing them with you from time to time. I encourage you to follow me on social media using the buttons in the sidebar to see what’s going on here at Life as a LEO Wife. To make sure that you don’t miss a great post, tutorial, or free printable, follow me via email. You will get an email when I upload a new post, so you won’t miss a thing!

If you enjoy learning fascinating things about God and the Christian faith and great ways to defend it, I encourage you to look into apologetics. I knew very little about this before, but I am getting drawn in. I’m such a nerd though, ha. I have many other Christian posts here, so stick around and check them out. I also have posts that I do from time to time called Designing Devotions. In them I give you a tutorial for home decor followed by a devotional along the same topic. For example this tutorial for how to make a bow for a wreath or other home decor followed by a devotional on the original bow, the rainbow, and this tutorial (which is my most popular tutorial of all time) for a braided nautical rope wreath followed by a devotional on “seas-ing” each day for Jesus.

A few other posts you may enjoy: this free printable Bible Log to keep track of books and chapters you’ve read, this post on how to create a prayer journal, a list must have apps for Christians, a post titled “What would you do with 6 hours to the rapture?”, and this one titled “Yet God’s Word remains.”

Manscaped: The Greatest Gift Your Hubby Never Knew He Needed!

2 replies to Lamb’s Blood is the Antivenom

Hey Wifers! I would love to hear your thoughts & questions! Cancel reply

Welcome to Life as a LEO Wife! I’m Niki, and I’m so glad you’ve found me! 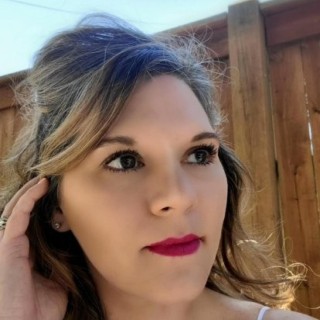